Michael Porter was born in 1946. He was educated at Cheltenham Junior School and Cheltenham College from 1952 to 1964. He studied medicine at Kings College London from 1964 to 1966 and Kings College Hospital Medical School from 1966 to 1969.

After House Officer and Junior Registrar training, Michael Porter qualified as FRCS (England) in 1974. He was trained in General Surgery at the South Warwickshire Hospitals, the Royal Free Hospital London and at St Albans City Hospital.

Michael Porter trained in Plastic Surgery at Odstock Hospital, Salisbury and the Aberdeen Royal Infirmary, with short attachments at Mount Vernon, Chepstow, Newcastle and Bradford. He graduated as MS at the University of Southampton in 1986 and passed the Intercollegiate FRCS (Plastic Surgery) examination in 1994.

Throughout training in Plastic Surgery, Michael Porter was on call for emergencies, on one night in two or three, as was the custom at that time.  Most of this emergency work involved the treatment of hand, facial and other soft tissue injuries and burns. He had training in elective hand surgery, the rehabilitation of patients after hand surgery, skin grafting, skin cancer, breast surgery (including reconstruction), cosmetic surgery, skin cover over fractures and other aspects of general plastic surgery.

Michael Porter was Locum Consultant in Plastic Surgery at Odstock Hospital, Salisbury and at the Lord Mayor Treloar's Hospital Alton, from 1991 to 1994. He was on call for emergencies at Salisbury, on one night in four. During this time, he had an unusual opportunity to perform cosmetic surgery on the NHS, which was permitted at that time.  This work included large numbers of breast reductions, prominent ear corrections, abdominoplasties and breast augmentations.

Michael Porter was Consultant in Plastic Surgery, at Sandwell General Hospital, from 1994 to 2012.  During this time, he pursued special interests in Hand Surgery, Breast Surgery and Skin Cancer and undertook a wide range of General Plastic Surgery.

Michael Porter entered the wards of the National Health Service as a medical student at King’s College Hospital London, in October of 1966. He commenced work for the National Health Service as a doctor on December 31st 1969. His last working day, for the NHS was March 17th 2012. He has continued to work as a medical expert witness, writing personal injury and clinical negligence medical reports.

Michael Porter was in private practice, from 1996 to 2008. During this time, he worked at the Wolverhampton Nuffield Hospital and at the Droitwich Spa Hospital.  Most of this work was cosmetic surgery. The majority of the cosmetic surgery was breast surgery, stomach surgery and eyelid surgery, as these were the operations most often requested. During this time, Michael Porter was a member of the British Association of Aesthetic Plastic Surgeons (BAAPS). 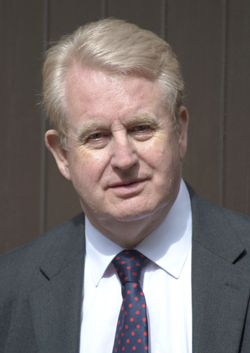